Every year at about this time, I make my pilgrimage to RECON in Las Vegas, the annual retail real estate extravaganza for all who’s “work religion” is real estate deal making. This year’s event did not disappoint, featuring 37 meetings with prospective landlords, developers, municipalities and real estate brokers in just two days (yes, it’s possible, but it is not recommended) and just shy of 14 miles walked – all inside the Las Vegas Convention Center. Now fully recovered, I have been able to evaluate a fresh crop of real estate deals and am happy to report that there are exciting opportunities for our Flix Brewhouse concept, which will fill my deal pipeline through 2018. Unlike prior years, however, the “get to know you” phase is long over. Developers and landlords are now well acquainted with our brand — and so are our competitors. More than ever, I am seeing the landscape become more crowded, more competitive and even more combative. Things are certainly changing in the cinema site selection business. Of that, there is little doubt. It is quite palpable.

Evidence of the sea change that is upon us is 20th Century Fox’s sudden announcement in April that they will no longer observe the system of film zones and clearances that has been the industry norm since 1948. This was soon followed by Universal Studios’ announcement that it would follow suit. With the numerous state attorneys general offices and also the office of the United States Attorney General now investigating the old system as potentially uncompetitive, it would seem that the film studios have decided that it is time to embrace a new reality.

Naturally, this development has caused us to look a bit differently at how we select a strong location for a Flix Brewhouse location, as we now must take into consideration more than ever the potential barriers to entry in a new market, lest we find ourselves playing Burger King to a competitor’s McDonald’s. Alas, we’ll adapt and to whatever the new normal becomes and we’ll continue to use the high-level tools of the trade (along with a healthy dose of common sense) that remain at our disposal in evaluating new opportunities. It has been said that change is inevitable, but that growth is optional. We will certainly grow as an organization and I’ll learn to work with our new, more competitive reality as it materializes, so that we can collectively stay at the cutting edge of intelligence gathering and proper site selection methodology.

Speaking of growth, what was just a “deal” a couple of months ago is well on the way to becoming our new Flix Brewhouse unit in Albuquerque, New Mexico. Construction is well underway and our tilt-up walls are beginning to stand proud above the high desert. We are still tracking for a late 2016 opening and are super excited to bring our brand to the Duke City. 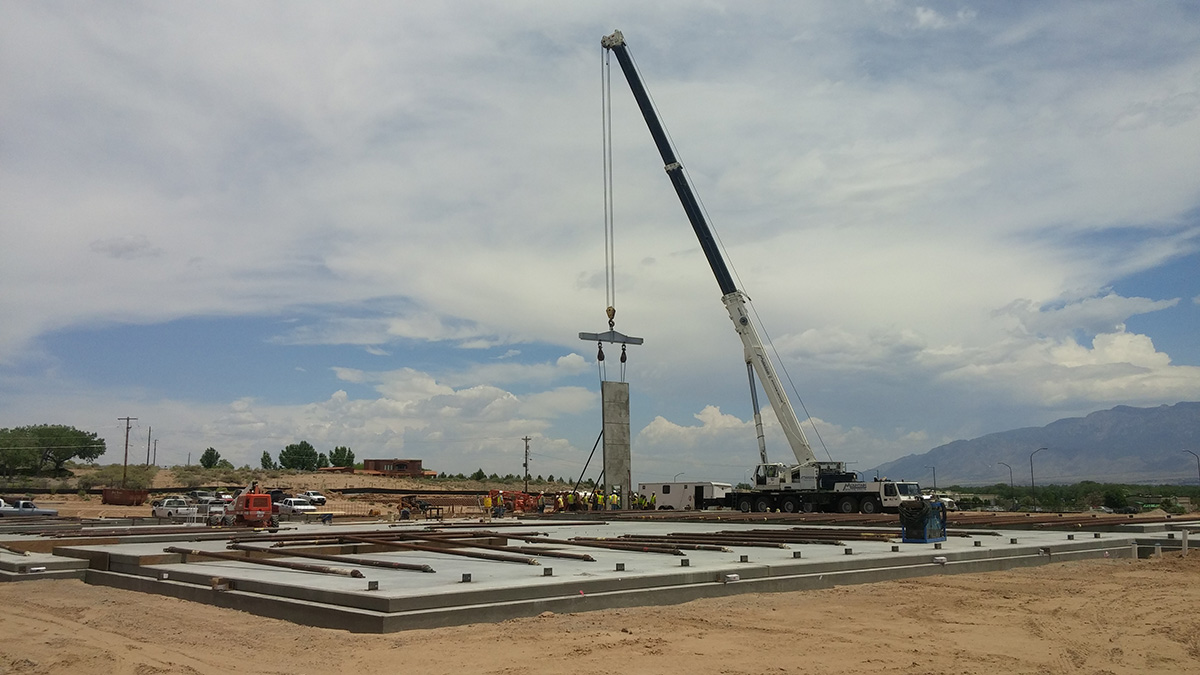 However, we are also working through some frustrating construction pricing issues due in no small part to the sudden and rapidly rising price of steel. Naturally, we have begun a comprehensive value engineering process in an effort to eliminate inefficiencies and identify unnecessary cost that we can carve out, and we will also be pursuing tax increment financing along with the developer to get our net costs back in line.

I am also proud to report that we have finalized a comprehensive and innovative new prototype Flix Brewhouse building. By moving our kitchen above our two smallest auditoriums, we’ve shaved off over 3,000 rentable square feet without losing seating capacity, which is no small achievement. As reported by Duane Davis in this edition, this will amount to significant gross rent savings over the lease term, bring myriad operational efficiencies and also allow us to consider significantly more new site opportunities due the new prototype’s reduced footprint. Suffice it to say that Flix Brewhouse will be bringing a revolutionary movie-watching venue to the good people of Little Elm, along with our “A” game. We are truly excited to see it become a reality.

In my now four years at Flix Brewhouse, I have not experienced as much progress as we are now making on a monthly basis, nor have I witnessed as much important and impactful industry change. The year has not disappointed thus far and we’ll most certainly continue to grow as the competitive landscape invariably changes.  Neither is optional from my perspective.