Matt Silvers, Senior Vice President of Real Estate and Brand Development
BACK TO ALL ARTICLES

If you were a casual Flix Brewhouse observer in 2017, you would not be faulted for concluding that the company didn’t grow much. After all, we closed 2016 with four units and we finished 2017 with the same four Flix Brewhouse locations, right? Well not quite. 2017 was indeed a year of growth for Flix, and in a major way. But it was mostly all out of sight. Allow me to combine a botanical reference and one of the world’s most famous country singers to make my point. 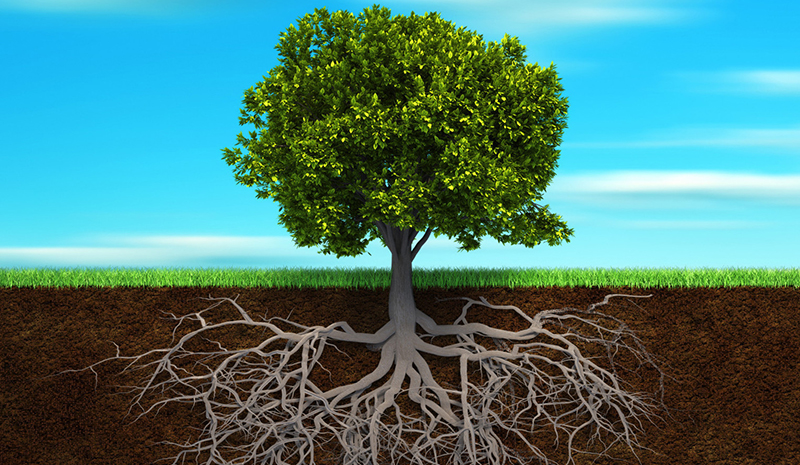 On August 31, 2009, Dolly Parton now famously posted on her Facebook page that “Storms make trees take deeper roots.” Wow. Take a break from your busy day and just think about that for a half minute. Quite literally, the more adversity a young tree must contend with, the deeper and more expansive its roots will be. If the tree survives, it is likely to thrive. To support a healthy and robust tree, a tree’s roots will typically spread two to three times wider than its crown. Because we can’t see a tree’s roots, however, we never think about them (unless you happen to be a closet arborist). Instead, most focus on the tangible — limbs, leaves, flowers fruits and nuts, generally ignoring the admittedly inglorious and seldom seen deep anchor of every tree that is still standing. I think you likely get the point, but please indulge this botanical drift just a bit longer. While limb, leaf and fruit growth might be equivalent to new stores and expanding sales, strong and expansive root growth is not only vital, it is an imperative that defines a healthy tree – and business. A properly run going concern has little hope of growing without strong logistics/distribution, information systems and accounting root systems for example. Sales, new store openings, increased product production generally, do not matter if they cannot be supported by a strong foundation comprised of deeply rooted and integrated support systems. A tree or a business that has successfully survived the adversity of gale force headwinds, will be the better for it.

As a company, Flix Entertainment is no stranger to adversity, both external and sometimes self-imposed. But every single time we have pushed through, we’ve pushed our roots down just a bit further. While you did not see any new Flix Brewhouse stores open, we were busy stimulating root growth. As you have gleaned by my title, I happen to be the “limb and leaf” guy at Flix Brewhouse. But because we have an integrated approach to growth and management, I’m keenly aware of the strength of our foundation, generally keeping our growth in synch with our root system. I only allow us to “leaf out” if our roots are ready for and can support new store growth. While I’ll pull back the curtain just a bit as it pertains to new Flix buds that are ready to leaf out beginning in the spring of 2018 and beyond, let’s first focus on what really matters, the company’s tangible root growth in 2017.

In a year with less “rain” (the film exhibition industry in North America sold 5% fewer tickets than 2016, Source: www.the-Numbers.com), Flix nonetheless experienced impressive growth as a company even though there were no super exciting new Flix Brewhouse openings to report on in 2017. Simply put, it was not a year for leafing out. Almost all of our growth happened below ground. So let’s unearth some of the highlights:

That’s good, healthy root growth and it readies us for what promises to be a leafy 2018. So what does 2018 look like you may ask? I am excited to report that the Flix tree (Genus Pachira and species aquatica, a.k.a. the “Money Tree”) is likely to start greening up nicely in 2018 (read into that what you will). We are scheduled to open our second Flix Brewhouse in Texas in May 2018. It will be a new two-story, all-recliner, eight-screen venue located in Little Elm, a super-fast-growing municipality adjacent to Frisco in the Dallas suburbs. Our second opening in 2018 will likely be our northern bookend. We are on track to open at the East Towne Mall in Madison, Wisconsin in early July 2018. This location will be only the second movie theater located in the badly underserved east side of Madison and we are sincerely looking forward to bringing our unique brand of entertainment to new patrons in Mad-town. In the autumn of 2018, we anticipate opening in downtown Chandler, Arizona. Flix will anchor Overstreet, a super-slick cornerstone project that is the keystone of Downtown Chandler’s redevelopment master plan. Flix Chandler is primed to deliver an unmatched dining, drinking and viewing experience in the East Valley and will stimulate considerable excitement and geographic draw.   We are also working on what would be our fourth new store opening in 2018 during the holiday season of 2018. We are fast-tracking a deal that could end up being the grand unveiling of our revolutionary new Flix Brewhouse prototype building, which will be the building we’ll be living in for the foreseeable future. I’ll pass along more information about this mysterious location in the next newsletter.

You should also know that while Flix was quietly growing roots, I’ve been applying lots of fertilizer to ensure quite the lush canopy. Moving beyond 2018, we’ve built a nice greenhouse to incubate future Flix Brewhouse locations. The company now “controls” enough prime real estate to sustain robust Flix Brewhouse growth well into 2020. As exciting as all of this greenery is to talk about (and I do that a lot), I could not be happier with what we’ve accomplished as a group in 2017. The importance of establishing deep and expansive roots is vital for our growth as a company and will hopefully turn lots of green leaves into ample black ink. That’s a formula that seemed to work quite well for Dolly!